The publication introduces the reader with typical Finnish, Estonian and Latvian meals that are both traditional and contemporary and can be found on the menus of cafeterias and restaurants. The cuisine of our countries has lots in common in terms of food recipes, as well as the ways of product use. Fresh, seasonal local products are highly valued, however, each country has their own meals and traditions of cooking and serving them. The GoRural Food and Drinks brochure is meant to encourage Japanese visitors to learn about our traditional meals and food habits. Each description of a dish included in the brochure contains the list of ingredients used in its preparation, the way of cooking and a photo. The descriptions have been grouped in chapters: Cheese, Greens and Salads, Soups, Fish Dishes, Meat Dishes, Mushrooms, Bread, Sweet Dishes, Pancakes, Drinks.

The brochure has been compiled in English as well, but it has been printed in Japanese.

We have prepared  a manual of rural tourism products Go rural 2018. This is the second edition, updated and supplemented, based on the experience of the activities and results of last year’s marketing events. As tourism businesses and tour operators have observed, Japanese tourists like not only traditional tourist destinations of Latvia, but also the offers associated with environment and plant world, for instance, nature trails, picking mushrooms, learning about local medicinal herbs, etc.

The manual is intended for tour operators, professionals of the sector and travellers. It has been published and printed in Japanese, as well as its electronic version is available in English. The manual includes practical information that helps while planning your trip – programmes of single day excursions in the countryside, visits to producing farmhouses and craftsmen’s workshops, homesteads, which introduce to the traditional rural lifestyle, visits to rural hotels and SPA facilities, as well as multiple-day-long tourism programmes. In response to the interest of tour operators and Japanese travellers, the offers of wedding trips are also included in the manual.  The manual contains information on public transport, as well as the contact information of Latvian, Estonian and Finnish tour operators.

The aim of this study was to get an impression of the image of Finland from those Japanese who already have some knowledge on the country. As many Japanese tourist only use the Helsinki-Vantaa airport as a transfer airport to Europe, there is a need to consider how to keep the Japanese in the country. Thus, there is also a need to understand why the tourists visit the places they do. This is question this study aims also to answer.

The study was carried out by interviewing Japanese who have been living or staying in Finland for more than three months but no more than five years. As the purpose was to find interviewees who had more experience from Finland than an average tourist, but had not yet fully integrated to the Finnish society, this timespan was seen as the most suitable. The data was then analyzed by using qualitative thematic analysis.

Summer is the best time of the year for rural tourism to relax from a city rush and enjoy the beauty of Latvian nature. Peaceful countryside idyll, bird watching, trying local specialities and participation in traditional arts and crafts workshops – these are just a few of activities that foreign guest wish to experience, thus giving preference to visit the countries of Central Baltic Sea – Latvia, Estonia and Finland instead of many other attractive travel destinations.

To find out the viewpoints of foreign guests in the above mentioned countries regarding their experience of traveling by public transport, the partners of INTERREG Central Baltic Sea “CAITO – Meta cluster for attracting the Japanese tourism market” project group conducted structured interviews with a wide range of rural tourism stakeholders. The central focus of the CAITO project is Japanese tourists, since the number of their visits is increasing due to growing concerns of geopolitical instability in other so far popular tourism destinations in Europe. Changes in lifestyle also play important role – there is an increasing trend to spend more time in fresh air, taste eco products and try local traditions, which is available outside cities in rural areas.

Tourists who have visited Latvia, Estonia and Finland admit that in the cities public transport system is good, various modes of public transport are optimally integrated to meet the needs of passengers. However, in remote rural areas the situation is not as optimistic – there is a need for more frequent trains/buses, and timetables of various modes of transport often are not integrated causing problems with travel planning.

As tourists often wish to see as many sightseeing objects of one area as possible, it is highly important to have a well-planned route, which efficiently combines several modes of transport. Research results show that currently there are just a few internet sites available where travellers can obtain information about all transport services’ providers, as each transport enterprise mainly provides information only about its own routes, thus travellers often have problems to combine routes of two or more different transport service providers. Moreover, buying tickets is another challenge as, unlike in most of cities, in rural areas traffic time-tables (directions, departure/arrival times) are available only in official language but not in English. A significant problem for travellers in Latvia is that, in accordance with the Latvian State Language Law (Article 21 of the State Language Law), all information that is intended for the public and provided by state or local government institutions must be in Latvian only with a few exceptions (for example, information in international transport centres).

It is easy to find information in Google, but internet access at affordable prices is also essential, which often is a problem for people outside the EU. Visitors to Europe usually have some experience in rural tourism and thus are better prepared for exploring certain places, but most Japanese tourists do not know that there are a lot of nice places in the countryside in our region, so it would be helpful to add transport links with short explanations in English to internet sites, so that visitors themselves could find the necessary information.

Although electronic tickets are accepted on buses and trains of almost all transport companies in the cities, they should, in most cases, be printed on paper. Moreover, it is problematic to purchase tickets for bus ride in rural areas, and although tickets can be bought on-the-go if there are free seats, for many travellers, especially traveller groups, this does not seem a safe way how to plan their route.

One of the research findings suggests that, currently rural bus networks are designed for local people to be used on a daily basis. In particular, in the remote rural areas, “on-demand transport services”/ “dial-a-bus” are increasingly being introduced, resulting in less frequent access to scheduled transport services. This makes it increasingly difficult for tourists to develop timely travel routes and buy tickets well in advance before the date of the trip.

As foreign travellers admit, although people in rural areas are usually kind and responsive, for them it is often difficult to communicate in English; thus, if the bus driver does not speak English, it is almost impossible for foreign tourists to find out at which stop they should get off. In this regard, positive changes are expected in 2021, when Latvian bus route contracts will be renewed as part of the procurement procedure, by which it is intended to provide a stop announcement system on buses in audible and written form on video display screens.

South Coast Finland, Estonia and Lativa offers a unique three country destination within easy reach. These destinations offer an easy way to get to know the countryside life of the ordinary people. 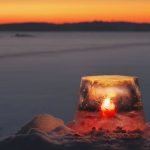 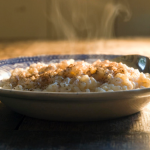 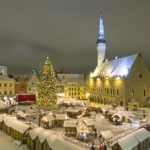 Herewith our Japanese colleagues share with us media coverages by participants of CAITO press trip during 28.08.-03.09.2017 in Latvia, Estonia and Finland

・The list of articles in blog of ayan (Ms. Kozue Koide)
https://warashibe.info/blog/archive/category/cat27/go-rural/

・The list of articles in blog of UKOARA (Ms. Yuko Arakawa)
http://ukoara.com/category/oversea-travel/lv-ee-fin2017/

Finns, Estonians and Latvians share similarities in mentality and way of life, but each country is still proud of its unique identity. All three countries are safe and easy to travel around – there is a good road and transport network, and there are many guest houses and country hotels, even in remote country areas, to welcome guests.

In this brochure, you will find the key information that is necessary to plan a trip – a map of the Baltic Sea countries with airports and sea ports marked, names and contacts of airlines, ferry and bus companies and car hire, and suggestions for holiday themes in the countryside. Besides, we have provided a number of web links to useful sources of more detailed information.

Let this brochure inspire you for a holiday trip!

Project CAITO in cooperation with national tourism boards are organizing the media for selected media representatives from Japan. The trip will be arranged 28.08.-03.09.2017 and will cover Latvia, Estonia and Finland.

The representatives from different media from Japan in Latvia will visit local carpenter’s workshop and open-air functional exhibition of medicinal plants, they will have a lunch in Ungurmuiža manor and participate at mushroom picking and cooking in Karlamuiza Country Hotel in Latvia.

In Estonia the group will have very intense program. They will go for a relaxed hike with the hostess of Nurka Farm along the boardwalks and foot paths of Tolkuse bog, learn about the plants and folktales and bog legends. Then – lunch in Golf restaurant Eagle and Cider tour in Tori Jõesuu Cider and Wine Farm at the edge of Soomaa. The guests from Japan will also have chance to enjoy Sauna in Klaara-Manni Countrywoman’s Spa. The next day will start with visiting Herb Garden on Tamme Farm and Santa Claus at Santa’s Chimney Farm.

The guest will have lunch at Maria Farm which is a great place to enjoy true country life in a beautiful natural setting boasting forests, bogs and the sea. After lunch program will includes visiting Alpaca farm – the largest in Estonia, Jaanihanso Cider House and Luhtre Farm.

In Finland the guests from Japan will visit the Siuntio river, Sundby castle and the beautiful countryside scenery of Siuntio as well as different venues at the Fiskars Village.  Fiskars Village, the birthplace of the world known design company, has become an internationally renowned center of Finnish design and art, attracting close to 200,000 visitors a year. Events and service of Fiskars Village have their focus mainly on four themes – design handicraft and art, local food and drinks, performing arts and outdoor and nature.

In the next day guests will visit The Tammisaari Old town and Raasepori Castle Ruins. They will have a chance to see the Svartå Manor – one of the most precious manor houses in Finland with a history of more than two hundred years. The tour will end with the Tyryi mine museum and lunch in the underground.